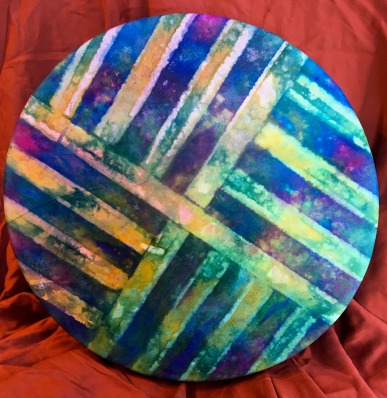 The making of a drum is an integral part of many Sagh’ic ceremonies;

And drums can be ready made or specially ordered 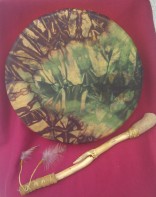 Each drum is ‘blessed & enlivened’ in ancient ritual and comes with a personal ritual and offerings to ‘assign’ it to its eventual user.

The drums are designed by the elemental spirits of water in their markings and tied in a traditional way depicting the huntsman of the forest, in this way every drum is unique and each drum is marked with a red wolf.

Drums sticks are made from recycled resources and are assigned in ritual to a specific drum. 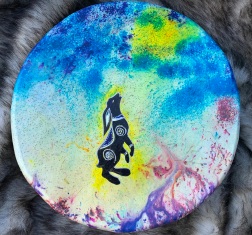 All parts that go into creating the drum are treated with honour, respect and gratitude. 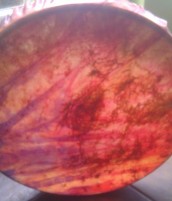